If you made an Erie Monopoly game (which, holy crap that actually exists and I think I just bought four of them), the Warner Theatre would have to be on there (and it is!). Like so much of our city, though, the Warner is in need of some major TLC.

Erieopoly! Where you don’t need to be Nick Scott to buy a got-damn hotel. | http://www.lateforthesky.com.

We’re talking about a beautiful, ornate, 90-year old theatre right in the middle of our downtown that’s been awaiting a $26.7 million renovation for years, and now it’s happening thanks in large part to a bunch of very generous donations by some local businesses and one billionaire.

There are only a few places that truly make Erie what it is. This is one of them.

Until now, this renovation seemed more like a wish than a plan; it had a persistent funding shortfall of $10 million. Recently, finally, the ice was broken. Erie’s Magnetics pledged $1 million to the project. Erie’s resident billionaire, Tom Hagen, kicked in $1.5 million. Erie Insurance threw in $500,000. Boom – just like that, $3 million of the $10 million shortfall was erased by just three entities.

For the Erie Convention Center Authority, $10 million was too much to borrow but $6 million was a number they could stomach. They secured the loan and accepted a bid for the whole $26.7 million renovation earlier this week. Construction will start in April.

It’s impossible to tell Erie’s story without the Warner Theatre. Built in 1930, it immediately became Erie’s premier venue for the arts, though there were and are other options.

One of those other options, the Pope Hotel, just got a great write up by the Erie Reader’s Jonathan Burdick. Unfortunately, the Pope Hotel was demolished years ago, so all we have left to remember it are some photos and whatever the historians can tell us. We can’t go back.

Now, it’s important when we’re discussing these things not to be one of those GoErie commenters who thinks every last building or bridge in Erie needs preserved to prevent this place from going to hell. That is not what I’m saying. After all, it just wouldn’t be possible to dump million of dollars, including taxpayer dollars, into keeping every last brick in its place.

What I’m saying is the Warner is unique, and it’s worth it. Probably everyone in Erie has a memory of the Warner, even if that memory is of smuggling some airplane bottles in a rented coat pocket to your senior prom. That surely wouldn’t be the worst such memory. 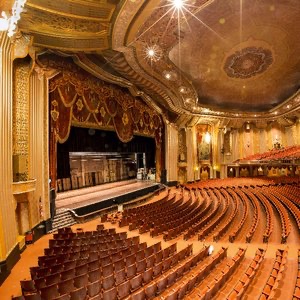 If you’ve never been on the balcony, do you even Erie?

Appreciating things we have while we still have them is something of a lost art these days. Our willingness to maintain a connection to our past without going so overboard that it sacrifices our future is something that’s hard to get right. When we do get it right, it’s a reason to love this place all the more.