“If a presidential candidate were to declare that the Earth is flat, you would be sure to see a headline that read, ‘Views on the shape of Earth differ.'” –Paul Krugman

Journalism is a hard and mostly thankless job. It entails working hard to uncover and report facts to a world that increasingly struggles to discern them from opinion.

Worse, there are so many fringe outlets today that folks mostly “research” issues by scouring the internet (which takes Google all of 0.0012 seconds) for any crank outlet with some veneer of credibility that happens to agree with their preconceived notion.

To avoid criticism and maximize their audience among this ever-more-sensitive readership, many journalists employ what’s called “both sides” journalism: they report the facts as something “many people say” only to dilute that truth by chasing it with the opposing – demonstrably wrong – point of view.

Don’t get me wrong, some things are a matter of opinion and should be reported as such! If, however, you find yourself avoiding a truth as simple as the roundness of our planet in order to avoid the fight – you’re not really doing journalism any more.

It’s this conundrum that came to my mind during Erie’s great debate on whether or not to establish a community college. I’d see things like, “On the one hand, Erie County made an application for a community college, but on the other hand, here’s some disgruntled guy with 1,000 signatures on a sheet of paper that says taxation is theft. He doesn’t want the community college. More at 11.”

I found the relevant details of Erie’s community college application hard to find, because most of the coverage prioritized and elevated the dissenting opinions above these facts, or at least presented them with equal weight. Then, like a volcano of hot truth, Pat Howard erupted onto the scene. 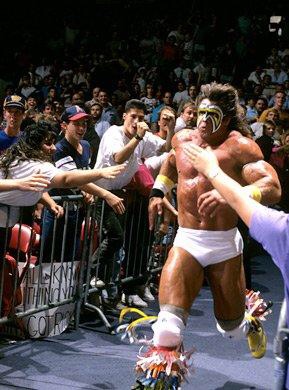 Below is a sampling of fire quotes from Howard’s article, which you should really read for yourself.

First up, a missive about that aforementioned petition:

“[The Board] rejected a petition from Erie County resident Brent Davis – whose argument was basically that a community college shouldn’t happen because he said so….”

That seems like the appropriate level of seriousness with which to treat such a stunt.

Next up, Howard’s thoughts on state Senator Joe Scarnati’s [R-Jefferson County] insistence that he be involved despite his senatorial district having no overlap at all with Erie County (which is supposed to be a criteria for participating in the upcoming hearing):

“Scarnati’s geographical fiction is in the service of his campaign to keep a real community college from taking root here.”

Howard then reveals that Scarnati’s interest in maintaining the status quo is likely due to his support for a “competitor” distance-learning initiative, the Northern Pennsylvania Regional College, or NPRC:

“[The] NPRC is Scarnati’s pet project and he’s willing to sell out the interests of a major population center to prop it up.”

Howard is convinced that state Sen. Scarnati is not operating in good faith, so no benefit of the doubt is needed. If none is needed, none is given. 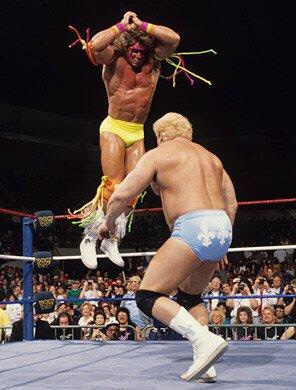 Pat Howard’s argument off the top rope to drop the hammer on some nonsense. Calm down. It’s a metaphor.

Howard must be quite sure of his position, then, right? How does he know the community college application has merit?

“The Board of Education is only charged with deciding whether Erie County’s application meets the criteria set out by the state’s community college law. You might recall that a Department of Education analysis issued in October found that Erie County meets all of them.”

Oh. I wonder what Scarnati could possibly say to refute that?

“Back then Scarnati derided that decision as “one-sided.” The analysis indeed takes one side, the right side, based on the evidence.”

Erie Times-News’ Pat Howard boldly proclaiming the roundness of the Earth is something good. A community college in Erie to help educate and retrain our chronically low-wage workforce would be good, too.