What a year it’s been in Erie. There’s been plenty of good news, some fumbled balls, and everything in between. From where we sit, it feels like the tide of negativity has finally begun to turn more toward something like resolve for a better future – and we at Idiotville are proud to have been here with you through it all.

What follows are the 2019 Idiotville picks for stories of the year as voted on by your favorite Idiots: Dill Spears, Brent N. Liberty, Steve Castle, Jake News, and I, Ted Brogan. Enjoy! 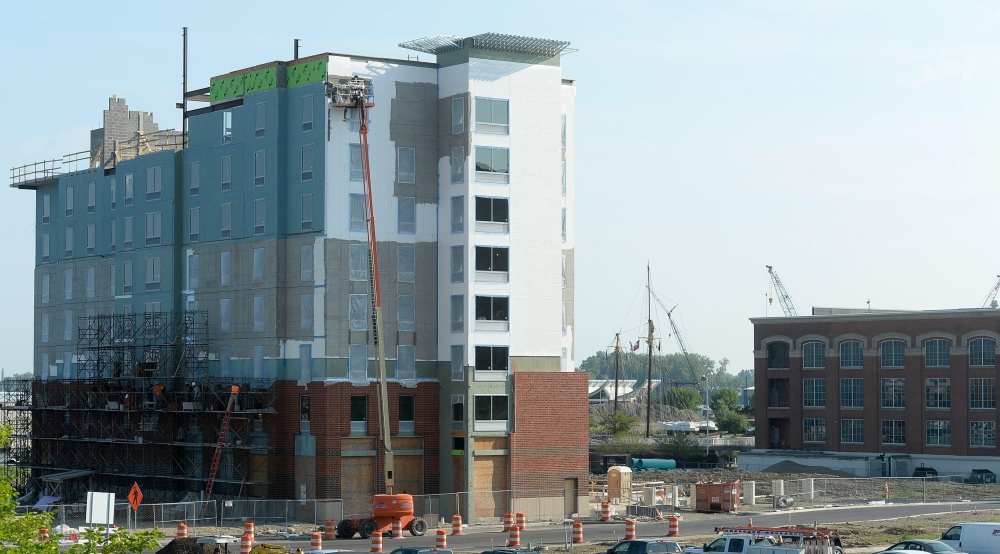 No, at the end of 2019, Erie’s bayfront still isn’t near where we want it to be. Still, the ball has moved forward from where it was a year ago with Nick Scott’s Harbor Place Hotel West having been completed.

“What to do with a world class resource like Erie’s bayfront?” is a question you could ask ten different people and get ten different answers. We all agree, though, the wasted remnants of industrial days gone by are not an attractive sight.

So whether or not Nick Scott’s plan for his 12 prime acres near the Blasco Library is exactly what you’d have done, be happy anyone is developing that space into something coherent. Scott’s plan includes either ten or 13 phases depending on how you count, so keep in mind while we are finally seeing some movement down there, the hotel is just the beginning.

Maybe ten or 15 years from now our bayfront will be the crown jewel we all envision it could be. Until then, let’s watch with patience and cheer on the progress.

2. The EDDC is hungry

Just not hungry for McDonald’s. The Erie Downtown Development Corp., or EDDC, bought a ton of downtown property this past year and not without controversy. First of all, plenty of internet commenters seem to think it’s an arm of government rather than what it actually is – a private corporation. Perhaps some confusion was inevitable since its CEO ran for mayor back in 2017.

EDDC made headlines for buying property on North Park Row, then evicting several tenants. While we sympathize with any small business forced to relocate through no fault of their own, EDDC telegraphed the move well in advance and, in our view, can’t realistically appease every existing tenant while remaking downtown. At least they caught less flak for leveling the McDonald’s at 5th & State.

This year, EDDC made a politically tough move in the short run in order to keep moving toward the longer term goal. This seems like a welcome shift from business as usual in Erie.

Are you sensing a theme with this year’s good news? The Erie Comprehensive Plan, known as “Erie Refocused,” is three years old now and just starting to bear fruit. Small fruit. Not the most impressive fruit, if we’re being honest. But fruit is hard to grow, and the longer you take to prepare the ground, the better fruit you’ll eventually have.

Toward that end, Erie Refocused has dumped a ton of early resources into simply communicating their plan and seeking input from stakeholders throughout the area, including going door-to-door in the city’s east side during the summer of 2018. We cannot emphasize enough how crucial communication is for a plan like this, because in our system of government, the public needs to stay on board throughout the entire process.

Want to elect one mayor who doesn’t see the vision and starves it of funding for a short term budget-saving headline? Congratulations, you’ve set yourself back at least four years and probably more, as the fruit of previous years’ efforts decay unsupervised (we’re going all the way down the hole with this fruit metaphor).

Perhaps it’s worth describing the plan just a bit. Its goal is to take all the various and disparate efforts already underway (including ServErie, the Bayfront Eastside Task Force, Our West Bayfront, Sisters of St. Joseph Neighborhood Network, and the Eastside Grassroots Coalition among others) and ensure they are all pulling in the same direction.

From there, it made a series of recommendations for future projects and investments, including a land bank to remove blighted buildings and maintain the empty lots.

As to the overall progress so far, this GoErie article from June had a good update. Count us as cautiously optimistic, and excited to see what 2020 brings.

Have you heard? The dulcet tones of Marty Bilake’s voice now grace the Idiotville airwaves. Marty is a beer connoisseur whose mission is to drink every beer ever brewed, then describe it in a way that makes you feel like you’ve tasted it, too.

With so much great beer being brewed around Erie these days, we’re thrilled to have someone of Marty’s caliber around to drink with. We hope you enjoy beer segments with Marty as well as everything else he brings to the table. Marty Bilake: beers to ya!

My God, this had to be the saddest thing we’ve seen this year. When the 24-hour daycare went up in flames in August, killing five children in the process, it was enough to take your breath away. Let’s hope 2020 brings healing to all those affected, and nothing at all like this ever happens again.

It’s been quite a year for our “congressman of color.” When President Trump told four minority congresswomen back in July to “go back” to the countries from which they came (despite three of those four having been born in the U.S. and the other having lived here since age six), Rep. Mike Kelly could’ve said nothing.

He didn’t say nothing. He defended Mr. Trump’s statement by claiming that he, himself is a person of color because white is a color. That’s when we at Idiotville decided that Mike Kelly Sucks.

From there, Kelly’s car dealership was found to be selling vehicles with open safety recalls in November after saying on the floor of the U.S. House of Representatives in 2015:

“There is not a single person in our business that would ever put one of our owners in a defective car or a car with a recall. But that could happen. That could happen.”

Rep. Kelly wasn’t done disgracing our corner of PA, though. Like a snowball (of color!) rolling downhill, his infamy seemed to pick up steam as the year went along. Just a couple weeks ago, as the U.S. House debated whether to impeach President Donald Trump, Rep. Kelly took to the floor to compare impeachment to the bombing of Pearl Harbor.

With any luck, we’ll vote Mr. Kelly out of office in 2020, then celebrate like it’s Victory over Japan Day. Erie’s own Kristy Gnibus is running as a Democrat for Republican Mike Kelly’s seat in PA’s 16th congressional district next year.

7. Someone shot a bald eagle

Listen. If you’re the type of person that sees a magestic, flying symbol of America and shoots it dead, you’re a terrible person. We’re not going to argue about this.

Erie Coke’s closing was as inevitable as the sun rising in the east, but the news still hit like a bomb. When the plant finally closed its doors just before Christmas, its employees were apparently among the last to know – turned away at the gate as they arrived for their shift.

It doesn’t get much more ugly than a surprise unemployment for over 100 people right before Christmas. Yes, we all knew it was coming and no, it’s not bad for those on the lower east side now breathing air with confidence for the first time in awhile, but it did not need to happen this way.

Coke is a necessary component of the steel-making process. We need plants to make coke, and we need environmental regulations that allow these plants to operate. We have those things. What we never had, apparently, was a company willing to do what it took to comply with the law. Nobody wins in that scenario. 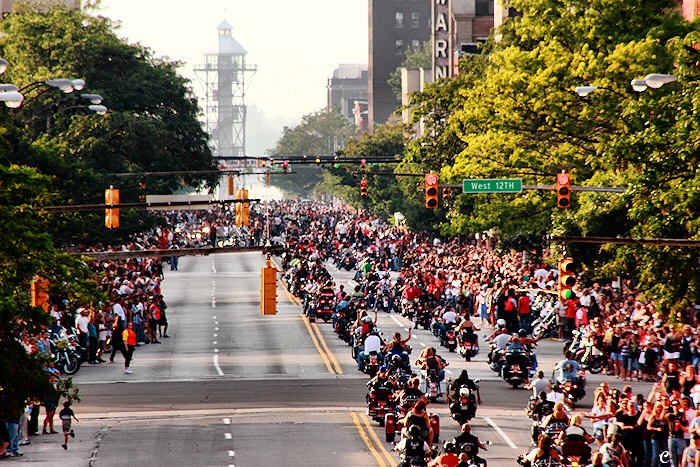 Erie’s Roar on the Shore, in all its former glory. | Image from Flickr user Carrie’s Camera.

9. The end of Roar on the Shore

The trouble began in May with the announcement that Roar on the Shore would be moving out of Erie’s downtown over a dispute about whether the event’s organizers would pay related expenses incurred by the city. The 2019 event was held at Lake Erie Speedway, to mixed reviews.

Then, unexpectedly, event organizer Ralph Pontillo died while vacationing in Florida. The 2020 Roar on the Shore was canceled soon afterward.

We’ve heard good arguments for and against holding the event in Erie’s downtown. Regardless of venue, it got tourist eyeballs and wallets (and, yes, some loud motors) into the Erie area. Seeing it end this way is something nobody wanted. 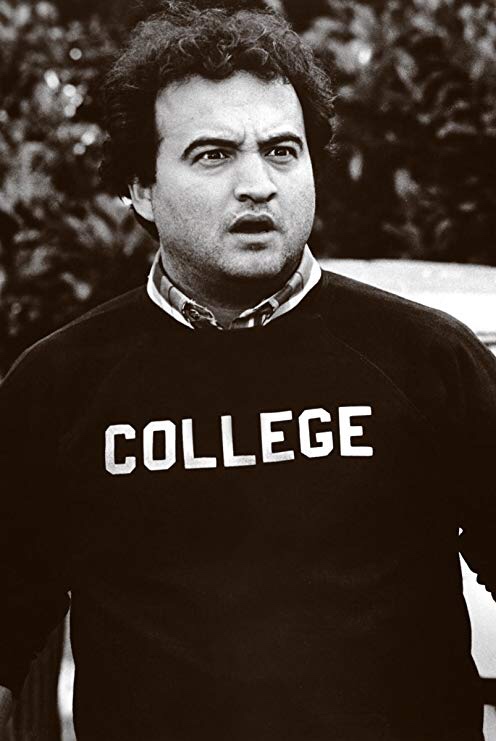 We’ve watched as this debate drug out through the entire year. The keyboard warriors took their battle stations and lobbed non sequiturs and ad hominem attacks and any other manner of terrible arguments to sell their case.

We even had an election for County Executive with this issue toward the front of the debate, followed by that election’s loser petitioning for his cause anyway.

Very few focused their arguments on the facts of the situation, which seems like the perfect place to leave this article. If you’re reading this, or listening to our podcast, you’re one of the few among us whom cares about context and nuance.

For that, we thank and salute you. To continue turning the tide against the kind of negativity that finds equal fault with both the status quo and any possibility of change – we’re going to need more Idiots like you in our corner.

Thanks again for your support, and let’s get out there and make 2020 the best year yet!