Ladies and gentleman, behold, some s*** the president said during the previous week:

On top of everything else wrong with this sentiment, Marie Yovanovitch did not “start out” in Somalia. She was stationed in Canada, Russia, and the U.K. before Somalia – two of which are lovely and one of which is a barren wasteland loved by our president second only to Diet Coke and tanning. 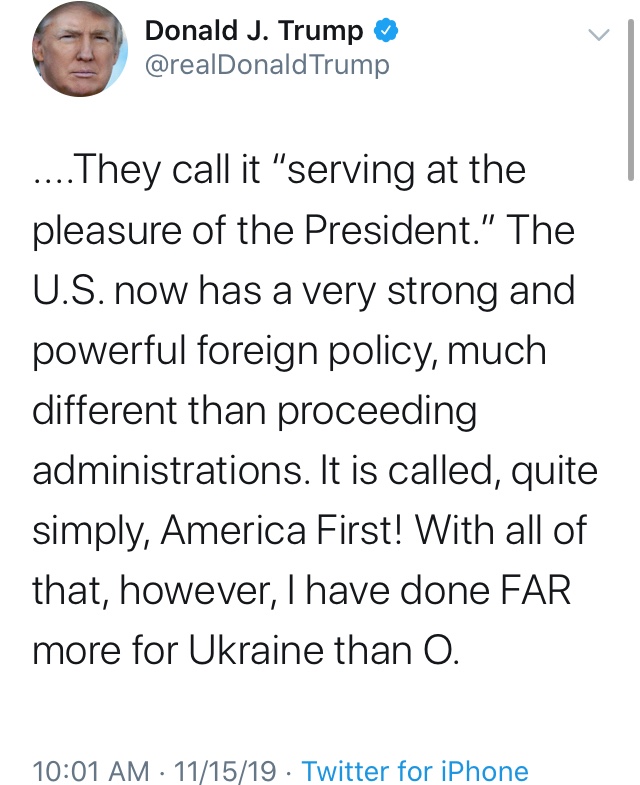 Counterpoint: Donald Trump “doesn’t give a s***” about Ukraine, said the person Trump put in charge of monitoring corruption in Ukraine.

“My daughter Ivanka, that’s all she wants to talk about…and when she started this two and a half years ago, her goal was 500,000 jobs. She’s now created 14 million jobs and they are being trained by these great companies…because the government cannot train them.” 11/12/2019 speech to Economic Club of New York.

Who created how many jobs now? According to the Donald Trump administration Bureau of Labor Statistics, the entire U.S. created 6.25 million jobs since Trump’s inauguration. Even if you give Ivanka credit for every new job in America and double it, she’d still be 1.5 million jobs short. 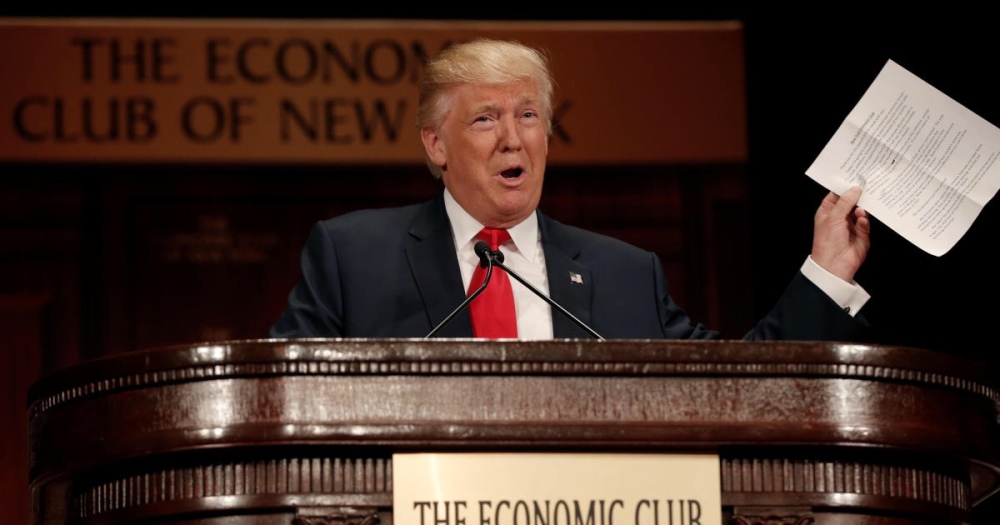 We are not, in fact, keeping the oil.

Roger Stone – for those unfamiliar with the Trump friend and Penguin look-alike champion – is a person with a big tattoo of Richard Nixon’s face on his back. Roger Stone got the tattoo after Nixon resigned the presidency for being corruption personified. Roger Stone then befriended Donald Trump and lied to Congress about his dealings with WikiLeaks during the 2016 election. Now, Roger Stone is going to jail.

Is that a question? No. No is the answer. Of the twelve people our president suggested above should be jailed for lying, none of them were charged with any crimes. 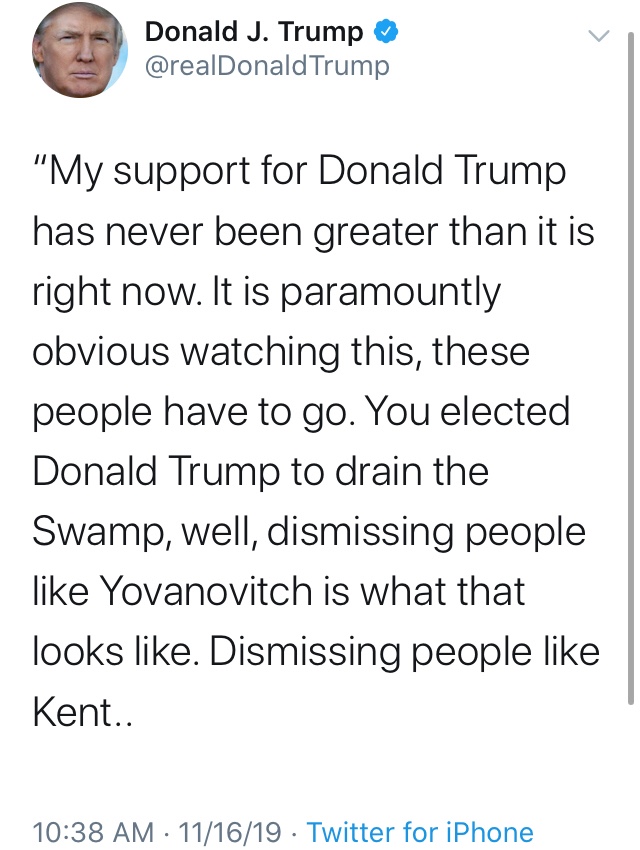 If draining the swamp by firing career civil servants Marie Yovanovitch and George Kent is something that would make this mystery person support our president more than ever, he/she should actually be quite disappointed. Neither of them were fired. 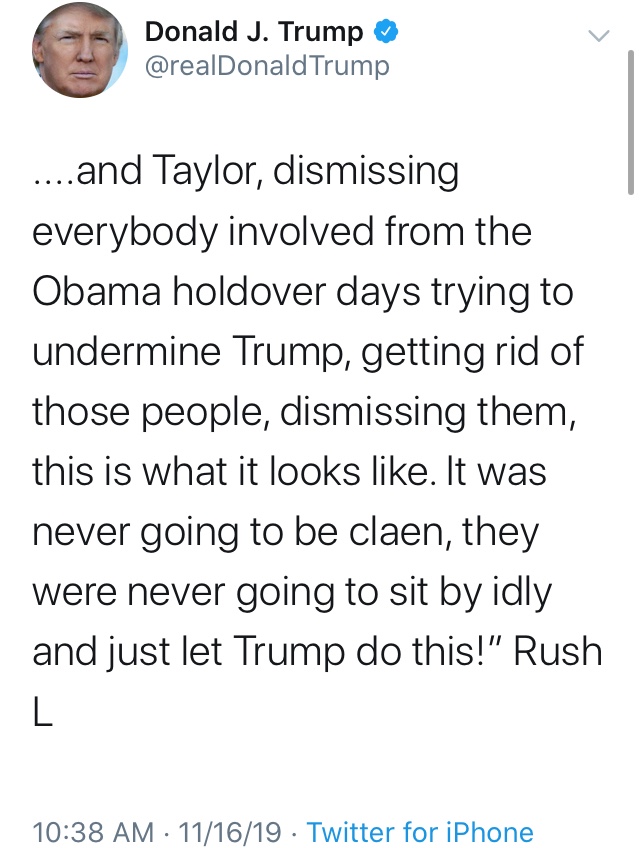 Give yourself a point if you correctly predicted the mystery Trump approver as Rush Limbaugh! As usual, though, Rush is all mixed up. For one thing, none of the three people Rush praises President Trump for having dismissed have actually been dismissed. Another problem is that one of these “Obama holdovers” (acting Amb. Bill Taylor) was actually hand-picked to come out of retirement by Trump’s own Secretary of State. Some anti-Trump conspiracy these guys were cooking up. 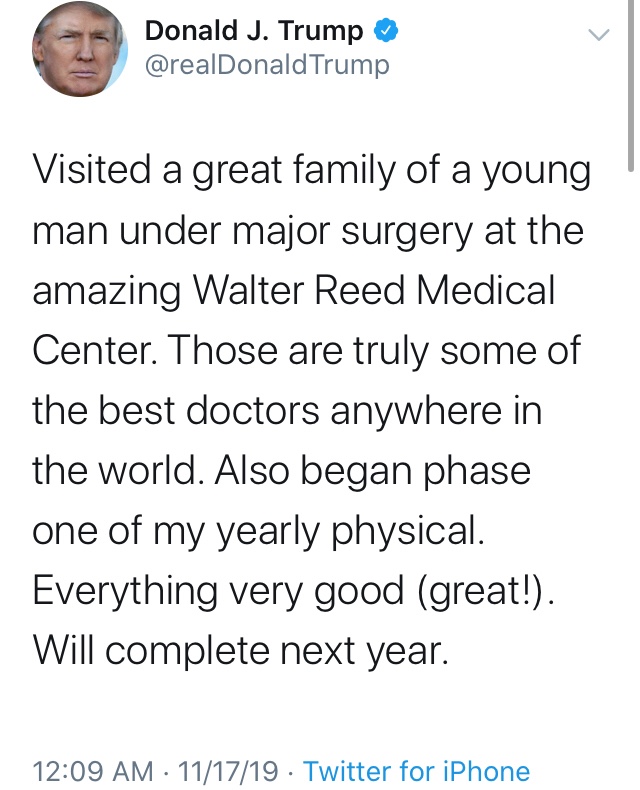 On Saturday, the second oldest president in American history made an unscheduled visit to the hospital. Something is odd about this. “Phase one” of a physical? Then the president’s press secretary said his annual physical would be conducted in multiple parts because he’s very busy. What? Since when does turning a simple checkup into multiple trips save any time? Here’s the issue as I see it: when you start with a 72-year old man taking an unscheduled hospital visit, throw in a nonsensical explanation and a lifetime achievement award for lying, you’ve got enough to sprout a seed of controversy. Let’s hope this is nothing and our president is well enough to take the stand at his inevitable impeachment trial.