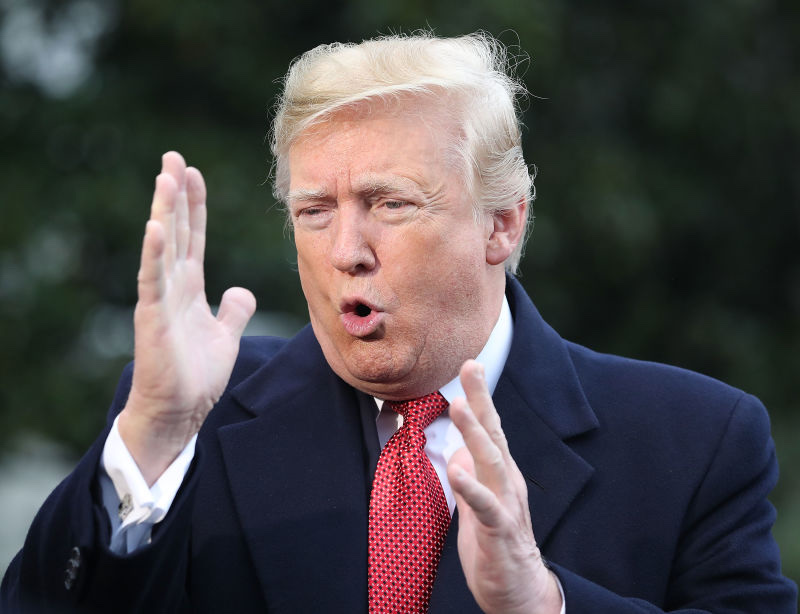 “When I took over our military, we did not have ammunition. I was told by a top general, maybe the top of them all, ‘Sir, I’m sorry sir, we don’t have ammunition.’ I said, I will never let that happen to another president.” 10/7/2019 at the White House.

I’m sorry, but what words are there to describe this kind of bats*** insanity? Someone needs to help me out. President Trump wants us to believe he inherited a military devoid of ammunition? Just no ammunition. On a budget of over $600 billion per year. He might as well just go up there and declare himself the Queen of France.

Is it true that the impeachment inquiry made the president’s poll numbers surge? Mm, no. It is not. Not here on Earth.

Between last Monday and last Thursday, someone gave the president some actual polling results, which were (surprise!) not good. Here is the Fox News poll he mentions above, which showed over half of Americans want Trump impeached and removed from office, and which featured prominently on the Fox News homepage for a time.

These tweets about Fox News seem to be coming more frequently. When nothing seems to be going right and even Fox News isn’t giving you that same tingle you used to feel, remember that yes, you are the President of the United States and maybe, just maybe, it’s time to turn off the TV and get some work done. It may even help you in the polls!

Who did it? Donald Trump did. Personally. With a knee-length necktie and a Burmese tiger trap, Trump personally snared every last ISIS fighter in Syria in one month. Remember that? 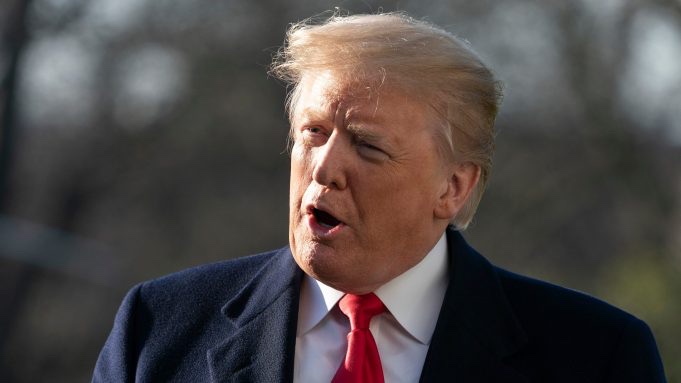 Guess what? Our troops are still in Syria. They’re not coming home. They were simply ordered away from our allies, the Kurds, to allow a Turkish invasion to come massacre them from the north. Our troops will watch helplessly from northeastern Syria as the allies they fought with to defeat ISIS are murdered by Turkey. ISIS fighters are already breaking out of prisons across Syria. That’s how this Commander in Chief treats our allies, which does make you wonder how we’re supposed to make friends in the future.

A hefty fine doesn’t seem like a very strong punishment for murder, does it? Evidently Turkey doesn’t think so, since they’re already invading and murdering Kurds throughout the border region. Alas, the President Trump has not spoken out against this massacre, so it seems he – in his great and unmatched wisdom – doesn’t consider the slaughter of our allies to be “off limits.” A stain that won’t wipe clean. 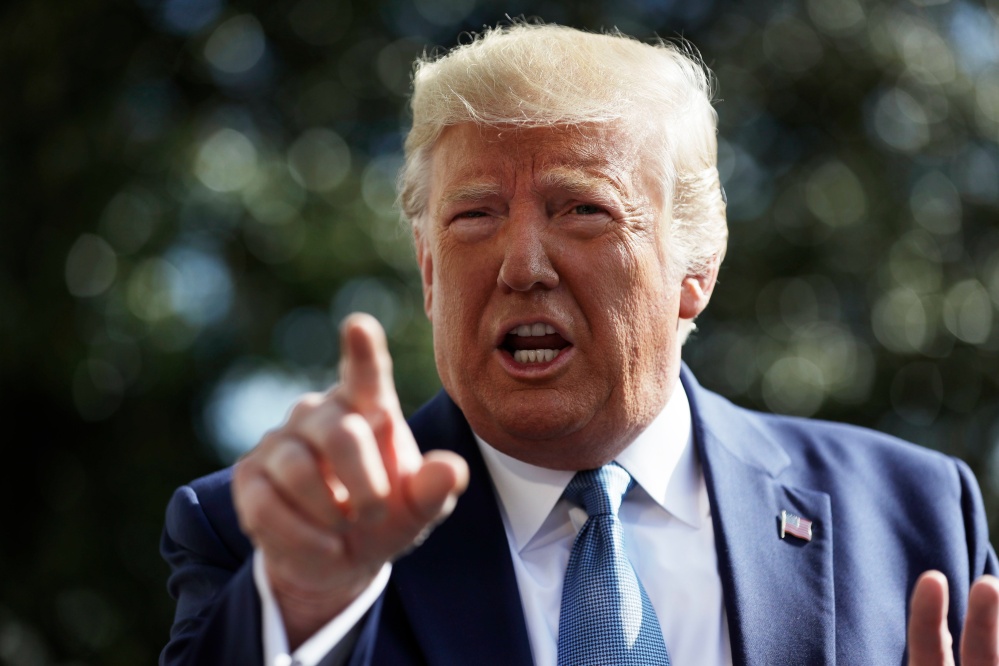 What kind of math wizardry is this? I had to read it a few times to make sure I had the quote right. Donald Trump is waiting for something more balanced than 50/50. It’s just more evidence that the only “fair” Trump knows is the “fair” where he gets to win. What an unbelievably childish way to see the world.

“And he’s been caught red-handed. I mean, here is a man who is on tape saying exactly what he’s going to do in terms of corruption, and he gets away with it. If that ever happened to a Republican, they’d be getting the electric chair right now.” 10/9/2019 at the White House.

This is another one of those times when I’d like to introduce Donald Trump to Donald Trump. He’s talking about Joe Biden, who was absolutely not engaged in corruption, as if reality has no meaning. For the record, everything Joe Biden did or said was above board and on the record at the time. No one objected. Compare that to Donald Trump going outside of normal channels to ask for the “favor” of exactly one corruption investigation – two and a half years into his presidency – of his political rival during a presidential campaign while he illegally withheld Ukrainian military aid hostage. This is not a close call. Someone might even say the president’s been “caught red-handed.”

At 7:00 on a Sunday night, I bet you thought a president would be making a list of things to work on for the week ahead. Not this president! He’s such an outsider, he’s going to watch Fox News tell him how much of a victim he is.