Quick review: the president was accused of withholding military aid to Ukraine that congress had approved, until Ukraine’s president agreed to open a bogus investigation into Joe Biden. Ukraine needs the aid money to fend off an ongoing Russian invasion – they’re desperate. Trump Defense #1: wasn’t me. This, uh, wasn’t true.

Defense #2: Now he says he did withhold the money, because Ukraine is corrupt. Ridding Ukraine of corruption is obviously a lifelong passion of Trump’s, so now that Paul Manafort and Rick Gates have left, you know what would really get rid of the corruption? Investigating Trump’s political rival because he said so.

“But my complaint has always been – and I’d withhold again, and I’ll continue to withhold until such time as Europe and other nations contribute to Ukraine, because they’re not doing it.” 9/24/2019 at the White House.

Defense #3: He delayed funds because he wanted a bunch of other countries to shovel money to that corrupt place, too. This isn’t going well, so let’s just release the transcript of the call already. It can’t make Trump sound any worse, right?

Oh. Oh, no. Someone forgot the Rule of Trump when releasing this call: it always gets worse. Here, Trump is plainly connecting our help (the aid approved by Congress) to something – “a favor.” What favor?

“I would like you to find out what happened with this whole situation with Ukraine, they say Crowdstrike… I guess you have one of your wealthy people… The server, they say Ukraine has it. There are a lot of things that went on, the whole situation. I think you’re surrounding yourself with some of the same people. I would like to have the Attorney General call you or your people and I would like you to get to the bottom of it…“ 7/25/2019 phone call with Ukrainian President Volodymyr Zelensky, released 9/24/2019

Oh God. “I would like you to find conclusive proof of Bigfoot riding the Loch Ness Monster.” The president is referring to a fantasy about Hillary Clinton’s emails, for crying out loud. 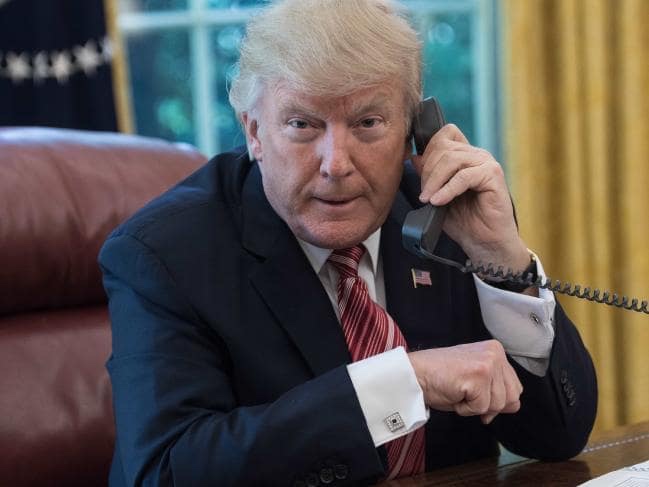 “The other thing, There’s a lot of talk about Biden’s son, that Biden stopped the prosecution and a lot of people want to find out about that so whatever you can do with the Attorney General would be great. Biden went around bragging that he stopped the prosecution so if you can look into it… It sounds horrible to me.“ 7/25/2019 phone call with Ukrainian President Volodymyr Zelensky, released 9/24/2019.

Holy s***. Here it is. A president speaking like a mob boss. “We’ve been very very good to you…I would like you to do us a favor though.” President Don Corleone was holding up $400 million until Ukraine promised to prosecute his political opponent. This whole thing smells worse than the smokestacks at Erie Coke.

“You [journalists] ought to be ashamed of yourselves. And not all. We have some great journalists around. But you got a lot of crooked journalists. You’re crooked as hell.” 9/23/2019 press conference in New York, NY.

Pro tip: if you want to sound innocent, shoot the messenger.

“[P]eople better find out who these people are that are trying to subvert our country, because here we go again. These are bad people.” 9/22/2019 at the White House.

President Mob Boss now calling for someone to out the whistleblower.

“Almost” is doing a lot of work in that sentence. As President Trump admitted he last week, federal employees listened in on the call because it was their job to listen in on the call. 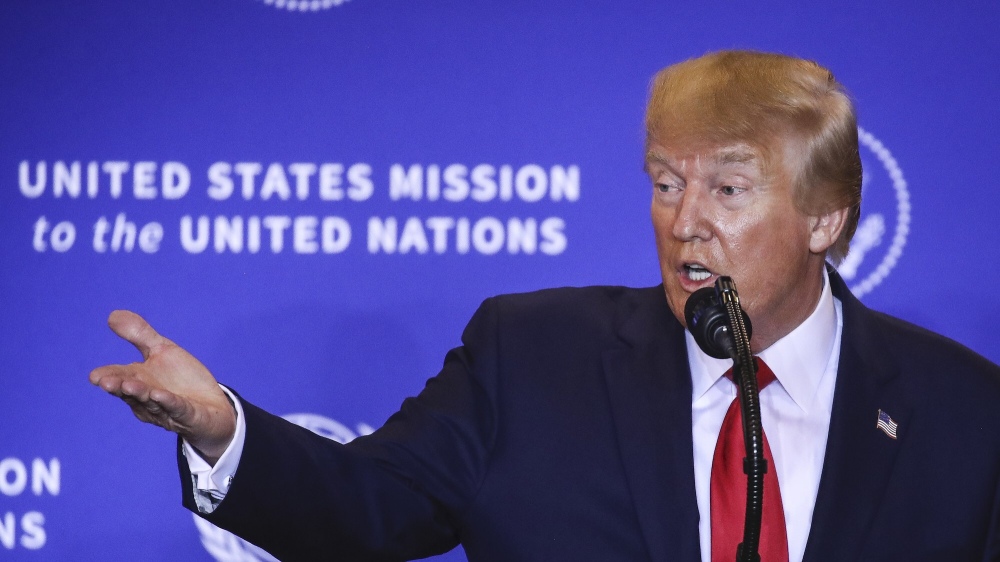 “I want to know who’s the person, who’s the person who gave the whistleblower the information? Because that’s close to a spy. You know what we used to do in the old days when we were smart? Right? The spies and treason, we used to handle it a little differently than we do now.” 9/26/2019 private event in New York, NY.

Pro tip #2: if you want to sound innocent, propose executing the whistleblower.

I think by “hyphen,” he meant apostrophe – and I don’t think the apostrophe means what he thinks it means. I think by “discribing,” he means describing. I think by “Liddle,” he means “Oh my God how did that call get out what do I do now Rudy come save me why won’t Bill Barr call me back where’s the fire extinguisher!”

It sure was. It was so perfect, to borrow a phrase, House Democrats are moving on him like a b****.

That’s our report this week. Be sure to check out the links for more info on any particular topic and, as always, thanks for reading.