Why, yes, the president did tweet out a top secret military spy satellite photo, giving away more confidential information than a gajillion Hillary emails. How much info was this? You’d be surprised. Speaking of Hillary, I don’t remember anyone arguing that the problem with her emails was she just didn’t give away classified info freely enough. 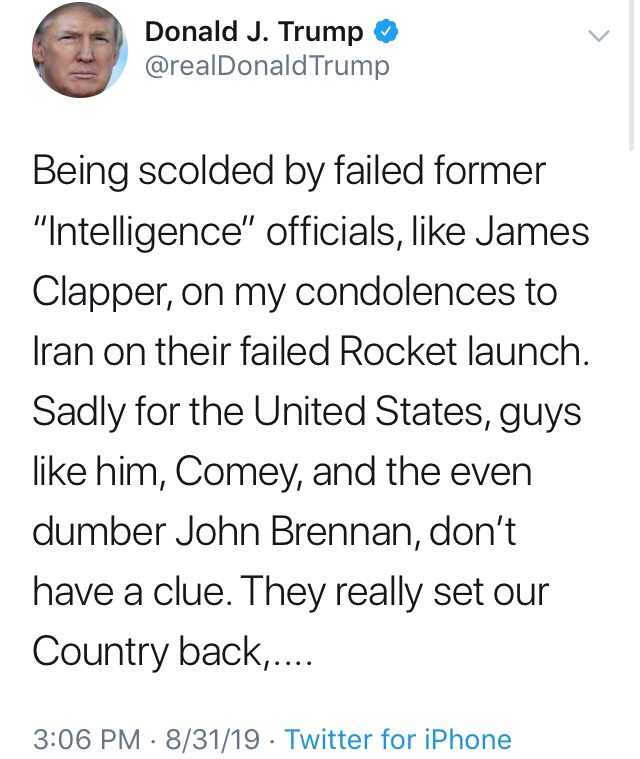 Again, I think the problem was that the “condolences” included a gift-wrapped bit of U.S. intelligence, shared with Iran and the rest of the world on Twitter for no apparent reason. 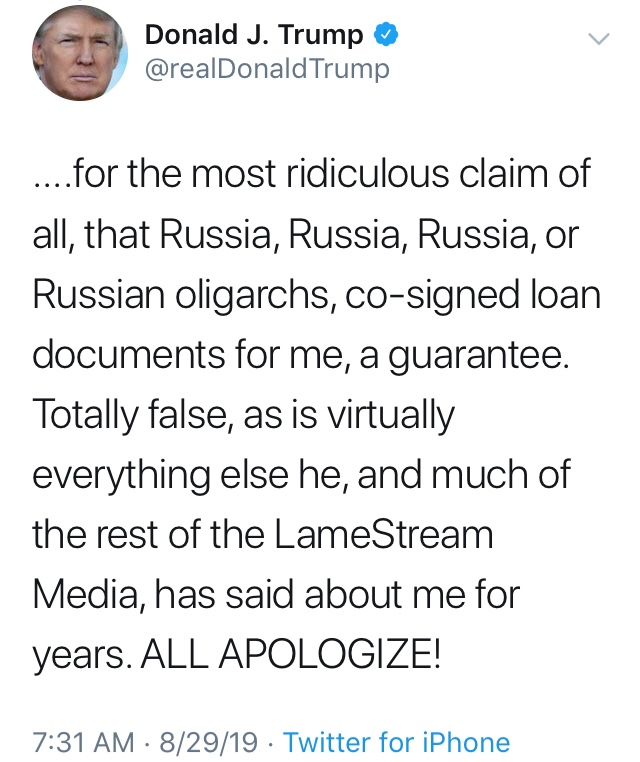 The truth is that no one has any idea what our president’s financial relationship is with Russians or anyone else, because he hasn’t released any tax returns. We don’t know what is true or false, so my guess is that no one will be apologizing for any of this until we get those returns. Hillary shared 38 years of her tax returns, if you were wondering.

This tweet was sent from Marine One as the presidential helicopter made its way from the White House to FEMA Headquarters. It shows that, during a time when Iran and North Korea are conducting missile tests and a Category 5 hurricane bears down on our homeland, the president’s mind is on something Debra Messing said to him 15 years ago. Or maybe something else she said more recently. Who knows.

“[Hurricane Dorian] has been lurking. It’s just been building out there. It’s been moving very slowly. It’s a bad thing, not a good thing.” 9/1/2019 at FEMA headquarters.

Hurricane bad? Thanks, President Frankenstein. It’s nice to see what vital insight comes from being so singularly focused on the task at hand and not, you know, a Debra Messing mean tweet.

He has. This is the fourth Category 5 hurricane of the Trump presidency.

Everyone not obsessing over pre-2005 Debra Messing statements know what is coming at us. It’s a hurricane. A Category 5 is to Florida as Donald Trump is to the presidency, and Americans will work together to minimize the effects of both.

Has anyone noticed that WWE Monday Night Raw gets great ratings, too? Does that make pro wrestling a trusted source of news? Being popular is different than being trustworthy, though if you’re President Trump, you can be neither one. 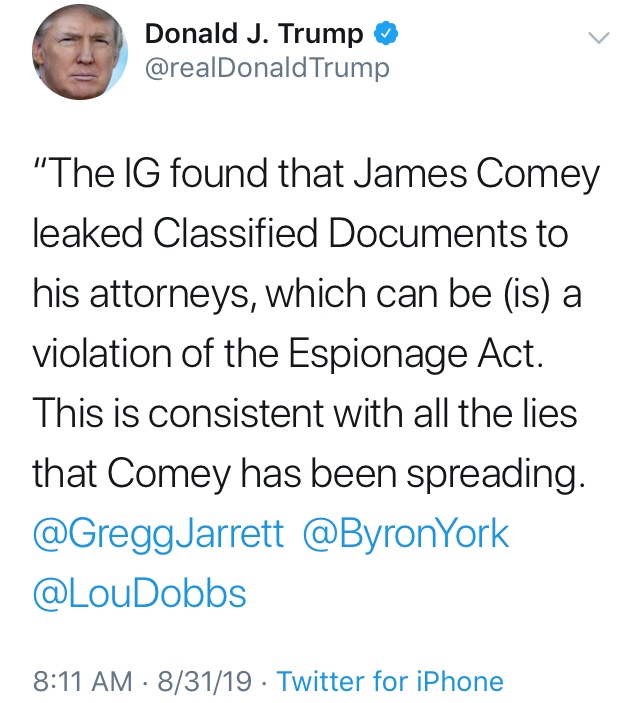 The recent Dept. of Justice inspector general (“IG”) report did not, in fact, find any evidence that former FBI Director James Comey leaked classified info. If it did, the President could’ve quoted the report itself, instead of Fox News. 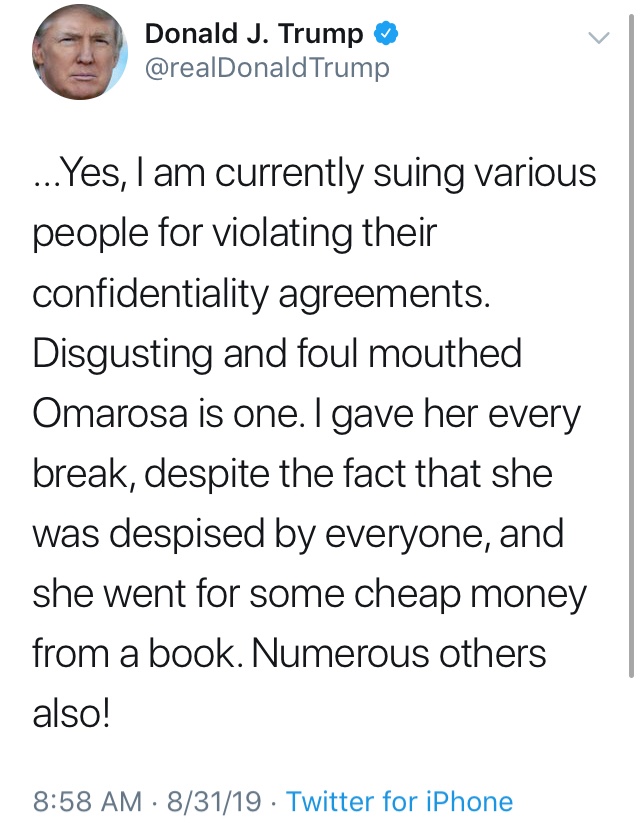 So much dysfunction in one tweet. You’re telling me you hired Omarosa to a White House job and swore her to secrecy, and she got fired for being terrible and then spilled the beans anyway? I haven’t been that shocked since your Secretary of State called you a f***ing idiot.