Our city has gotten its fair share of national news attention recently – from former president Bill Clinton campaigning for Hillary at Penn State Behrend in 2016, to the New York Times‘ McBride Viaduct article in 2018, to acclaimed author James Fallows prominently including Erie in his book Our Towns a couple months later, to President Trump’s appearance for Rep. Mike Kelly (R-16th District) later in 2018 – we’ve been all over the national radar. 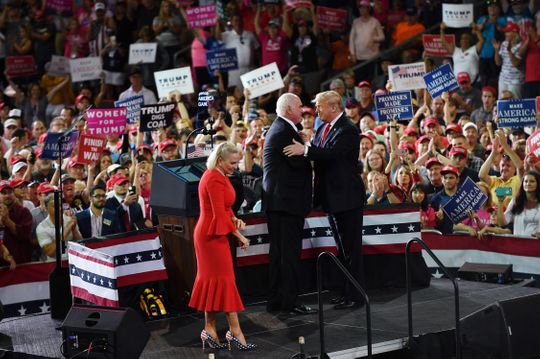 Add the UE Local 506 strike against Wabtec to the list. CNN has something to say, as do the Wall Street Journal and Bernie Sanders. If you’re inclined to assume national news is fake, you’ll note that these national stories correctly state the terms of the impasse, much the same as these local articles from GoErie and ErieNewsNow.

So, just what are the sticking points? I’ll confess at the outset that I am not a contract lawyer, nor a labor relations expert. I’m just an Idiot that Googles and reads a lot. So while I see that Wabtec wants to cut wages for new hires from $35/hour to something in the $17-25 range to bring them in line with industry averages (Wabtec’s words), and while I hear Wabtec saying the Erie plant is the least profitable in all of GE Transportation while UE Local 506 claims they still pulled profits >10% for five years running – I am reserving judgment on blaming UE Local 506 or Wabtec because I just don’t know how these things usually go down.

What I do know is that this particular strike comes in the middle of a national conversation about income inequality, whether to raise the minimum wage, and what level of socialism we should tolerate as a country. This strike needs viewed in the context of those policy debates, just like anything else should be judged in the context of its surroundings.

What the keyboard warriors had to say

It may shock you to learn that some on Facebook are not reserving judgment, nor tethering their comments to any underlying conditions present in today’s economy. Here are but a few sample Facebook comments from a recent GoErie article. Let’s start with Diane:

Lucky to have a job!!!! Some but not all are just greedy

Why is the union greedy but not ownership? Why should these workers feel lucky to have a job when the economy is running at full employment? Diane didn’t say. Then there’s Michael:

Fire all of them. Bring in people who would love to have a paycheck.

Michael would be fine with getting laid off, then coming back to a steep pay cut. In fact, he’d love it. Tom says:

Unions have all but killed this city of Erie!

After this Facebook comment, Tom offered a long, nuanced explanation laying out exactly why the facts support his position. Ha! No, Tom didn’t. Tomorrow, he’s just as likely to blame this on NAFTA.

These comments were anti-union in general, and they had company – anti-union sentiment is as popular as the Space Force at a Trump rally.

I’m not here just to cheerlead for unions as if they’re perfect, either. You may remember it was right here in Idiotville where in 2005 an EMTA bus driver hit three pedestrians in three separate accidents, killing one of them, and when he was mercifully fired after all of that, his union fought to have him reinstated. Unions invite criticism by defending these lowest common denominators because when they shield poor performance or lackluster effort, they encourage more of it.

Diane, Michael, and Tom were not leveling this particular criticism, though – they seem to think the idea of workers banding together to demand higher wages than they could achieve individually is inherently greedy. Is it?

Unions were illegal until 1842, and for nearly a century afterwards union membership inched up gradually in fits and starts – strikes were often met with violence – until the Great Depression. During the Great Depression, the unemployment rate hit 24.9% and there was no minimum wage, so millions of people were desperate to work for practically nothing. Employers were happy to oblige.

Under these conditions, workers turned toward unionization – the number of union workers tripled during the Depression and kept rising gradually until 1980 – and reaped the benefits. Current estimates are that union workers earn from 10-30% more than their non-union counterparts when controlled for similar work conditions.

They didn’t stop there, either. Social Security was introduced. Tax rates on top earners were hiked (the top rate was hiked to 39.6% under Obama, but was at least 70% from 1936-1980). Today, people look at Alexandria Ocasio-Cortez like she has three heads for suggesting it should be 70%.

It seems to me to be equally plain that no business which depends for existence on paying less than living wages to its workers has any right to continue in this country.

All of these changes reduced income inequality through the 1950’s and 60’s.

So, what went wrong?

Reagan. Ronald Reagan went wrong. Reagan and Republicans in Congress slashed the top marginal tax rate in half from 70% to 35% and eventually 28% (it was supposed to pay for itself but actually exploded the deficit, if you can believe that), never raised the minimum wage, and fired 13,000 union air traffic controllers in 1981. He used appointed anti-union folks at the National Labor Relations Board (NLRB). He let the Labor Dept. fall asleep at the wheel on policing private sector union-busting efforts. Union membership decreased from 20% to 16% under Reagan – 1/5 of all union jobs in just eight years.

Where to go from here

We seem to be hell-bent on bringing back past prosperity by unwinding all the policies that brought it about in the first place. We’re told socialism has failed everywhere it’s been tried, but our glory days looked a lot more like the vision of Bernie Sanders and Alexandria Ocasio-Cortez than Ronald Reagan and Donald Trump – at least economically speaking.