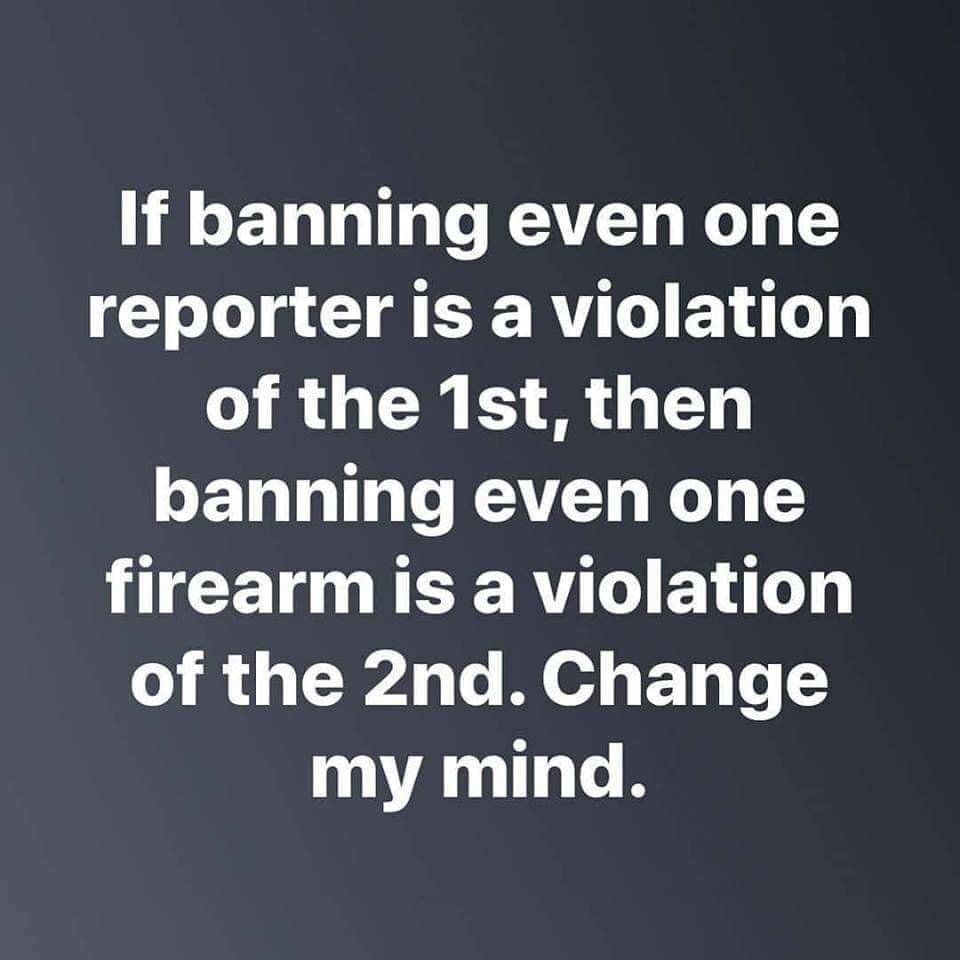 We’ve all seen the meme. Some dope (it’s Steven Crowder) with a cup of coffee sitting there all smug behind a table with some dumb statement like “Male privilege is a myth”, always followed by “Change my mind”.

Sure, it’s a con promoted by some conservative cheerleader to seek out arguments from only the most ill-informed liberals while portraying their views as representative of the entire “left” and leaving more informed opinions on the cutting room floor. But it’s clever and hey, who doesn’t love a good old-fashioned exchange of ideas. The concept is great.

Now hang with me for just a little more background. President Trump held a press conference last week at the White House that went terribly. Afterward, the White House used a doctored video of CNN’s Jim Acosta appearing to karate chop a White House aide as justification to strip Acosta of his press credential. CNN sued and a Trump-appointed federal judge gave CNN a preliminary win yesterday – Acosta’s press pass must be restored while the case proceeds.

That activated the sense of grievance of conservatives far and wide. The following statement, shared by several Erieites, is emblematic of the mood: 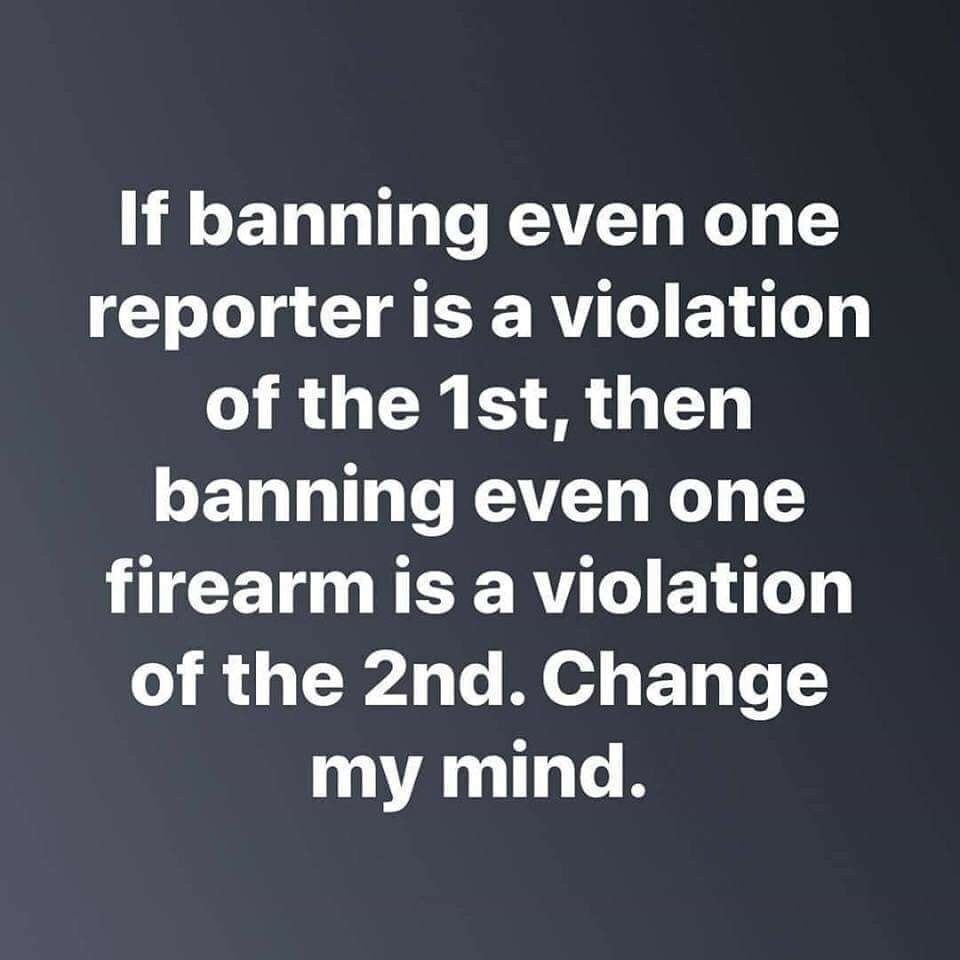 We can stop to marvel at how conservatives turn everything in the world into a gun control debate in the blink of an eye. Even the 1st amendment is really about the 2nd amendment. Or how the meme doesn’t even defend the White House action – fine, maybe that was wrong, but what about this other thing over here! But let’s engage this on the merits. Is it true?

To start, we should note there are plenty of restrictions to our constitution’s 1st amendment. You can’t lie under oath, slander someone, or or yell “fire” in a crowded theater.

And why not? Because though we enjoy freedom of speech, that doesn’t apply to speech that would do harm to other people’s rights. Lying under oath could violate someone’s right to a fair trial, etc.

There are similar restrictions to the 2nd amendment. Nobody argues that the right to bear arms includes nuclear arms. Nobody argues for Gatling guns on their private plane. Most fully automatic weapons are likewise banned, and no one clamors for them back. Restrictions are fine so long as on balance, they do more good (no nuclear holocaust, less lethal shootings) than harm (restricting freedom from law abiding gun owners).

These are things conservatives ignore when they emphasize the 2nd amendment language, “The right of the people to keep and bear arms, shall not be infringed.” It is already infringed upon, and the decision for every proposed infringement rests on weighing your right to bear arms against everyone else’s right not to get shot.

So, no – in the case of Jim Acosta, banning “just one” reporter is not at all the same as banning “even one” firearm. It’s because of the effect each has on the rights of others.