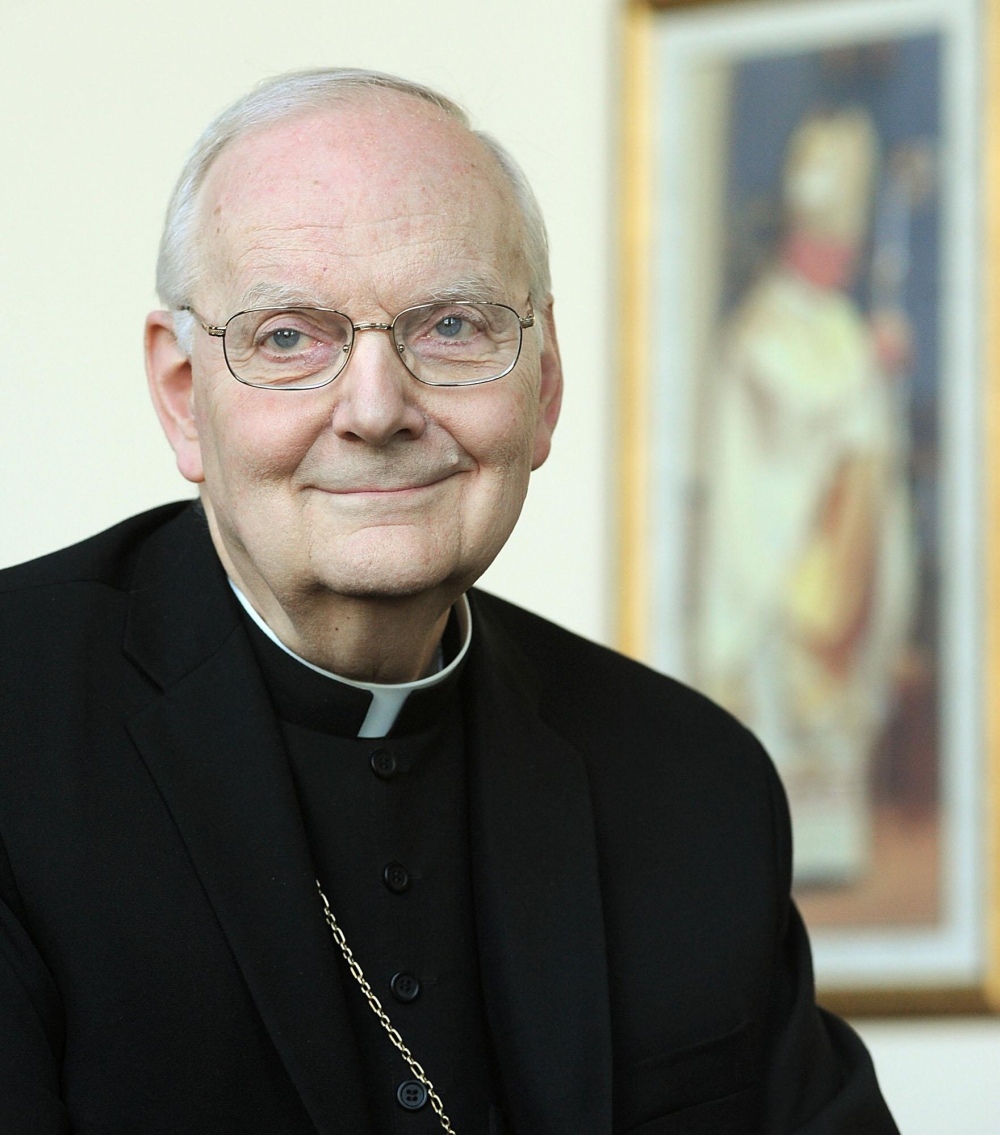 The scandal surrounding the Catholic Church in Pennsylvania (and nationwide, really) has hit home for me. I was not abused by a priest, I am not related to anyone who was abused by a priest, but the pastor at the church where I was a parishioner as a young catholic after moving to Edinboro in 1986 has been labeled a “predator priest” by the Attorney General’s report. This comes as little surprise to anyone who is familiar with the ins and outs of the situation, and it has led me to a few conclusions: my mother had a lot of intuition about the activities of priests and didn’t allow me to become an altar boy when the opportunity was there; the church is completely complicit in the cover-up of this and all other instances of abuse; and this is really the primary reason that so many young Catholics are leaving the church. The biggest take away for me is that former bishops Murphy and Trautman are both colossally bad people and embody everything that is wrong with Catholicism.

When the three women who found the child pornography in Father Robert Bower’s office in the Newman Center in Edinboro, they did the right thing: they went to the bishop. Bishop Murphy responded by refusing to even look at the evidence. He then accused them of trying to ruin the church and Bower, and then lectured to them about love. One of them, a secretary at the Newman Center, was fired two days later, and all three were shunned by those in the know. This was 1981. Bower was still in place in 1986 when I moved to Edinboro from Iowa, and when we met him, he was gregarious and verbose in his sermons, often stretching mass to well over an hour. (For those of you who aren’t old-school Catholic, outside of Northwestern PA, a good guideline is about 40-45 minutes.) We knew literally nothing of this as we became members of Our Lady of the Lake Parish in Edinboro.

We attended mass weekly and I was forced by my well-meaning mother and father to attend catechism classes, and (guess who?) Father Bower was one of the instructors when I was confirmed. When I returned from the Navy in 1998, my best friend had proposed to his girlfriend, and when they were to be married at Our Lady of the Lake, Father Bower was supposed to be the officiant. The man was all over the place in Edinboro. Well, right about this time, he’d taken his computer to Best Buy, and they found kiddie porn on it, and he was removed and replaced with a different priest for the ceremony. This began my disillusionment with the Catholic Church. What else was Bower doing? What other skeletons did he have in his closet? What guys did I know that might have been abused by this clown when they were altar boys? Thank God my mom said no. At the time, I just thought she didn’t want to be bothered, but as I get older, (and she would never admit this) I don’t think that she wanted me around priests unsupervised as a 12 and 13-year-old.

In 2001, the DA was forced to drop the charges against Bower because of a chain of custody issue with the evidence, and Bower was allowed to return to the priesthood, if you can believe that shit. They didn’t even bother to remove him from practicing or “retire” him or anything. They just reinstated him and pretended it didn’t happen. The women who accused him 20 years earlier lost their collective shit, as you can imagine. The new Bishop, Donald Trautman, who can charitably be described as a blemish on the ass of humanity, decided that Murphy had been telling the truth when he said in 2007 that he didn’t recall meeting with the women and that the women were obviously liars who were against the Church. He had the balls to say that the treatment of Bower was prejudicial and one-sided, oh and by the way Bower was not criminally charged. (The women later sued Trautman and the Church for defamation, but it was dismissed in 2004.) When asked about it this year, Trautman DOUBLED DOWN, saying that the courts had spoken. This guy has some serious balls. The article is available at goerie.com and was in the November 11, 2018 edition of the Erie Times News as the front-page story. The thing that bothers me the most about all of this is that Bower, having been defrocked is still running around Edinboro, completely free of any consequence. What else did he do? He’s 85 now, and pretty decrepit, claiming memory problems, but my money says that he has a pristine remembrance of everything that he has done.

The grand jury has found the claims of the three women credible, and this case has been added to the many that are being discussed, and Donald Trautman will have to face his judgement some day as well. His cognitive dissonance on this destroys his credibility on virtually all issues, and he comes off like a petulant child when he says anything relating to the issue.

The exodus of young people from the Catholic faith has a lot to do with stories like this happening all over the country, all over the world. There are other factors, to be certain, but the priesthood has long been a haven for men who needed to hide predilections for appetites that wouldn’t be accepted, let alone hidden by superiors. The only way the church is going to overcome this is to modernize, allow priests to marry, allow women to become priests, and move the church out of the 19thcentury and into the 21st. It’s too late for most people who’ve left or been forced out. The Catholic Church has done a lot of bad things over the course of its history in the name of God, but this is probably the worst.

The meeting of American bishops this week in Baltimore was supposed to address this, but the Vatican has asked that the hold off on that until a worldwide meeting in Rome in February. I say screw that, they need to address this scandal now, out every single predator, remove them from the priesthood, and prosecute every single one of them. Trautman, for his part, has made an even bigger ass of himself by essentially calling the news reports “fake news”. I hope he enjoys hell.

View all posts by Dill Spears